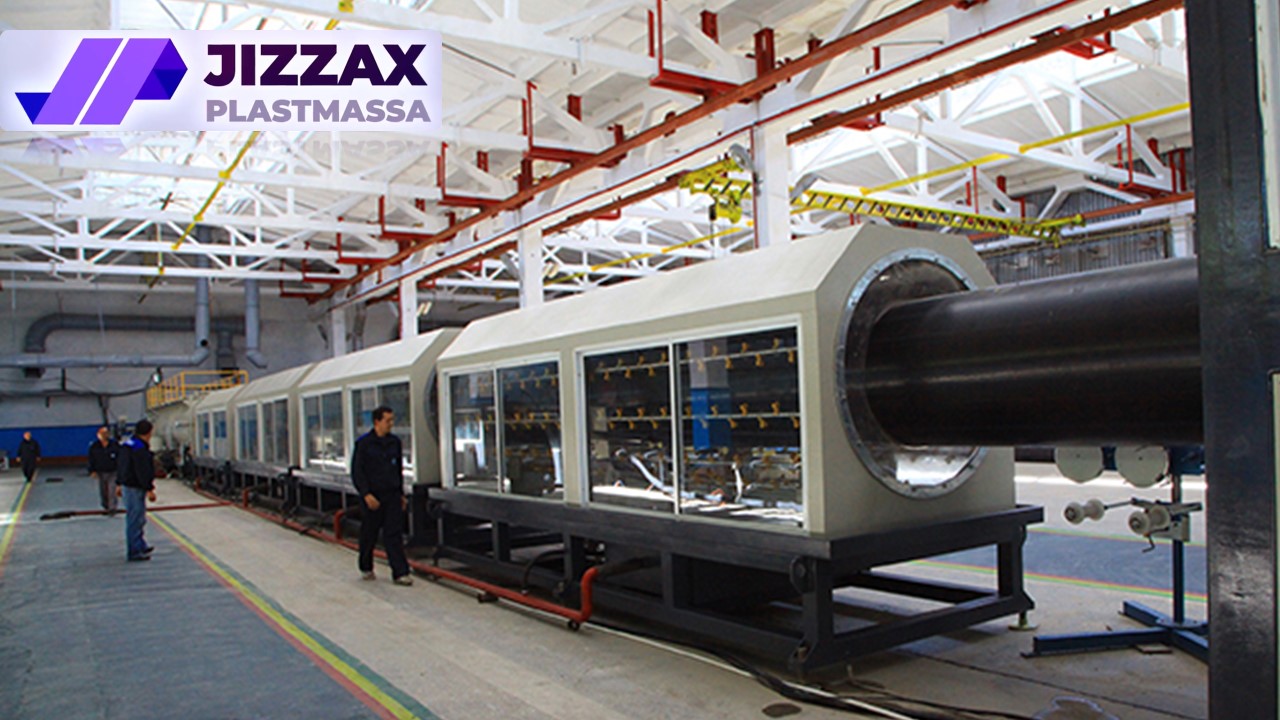 In accordance with the Presidential Decree PD-6167 of the Republic of Uzbekistan, dated 11 February 2021, “On measures to further accelerate privatization processes of state assets”, “UzAssets Investment Company” JSC under the State Assets Management Agency of the Republic of Uzbekistan (hereinafter – UzAssets or Seller) announces its intention to sell 85,84% shares in the chartered capital of JSC “Jizzax Plastmassa” (hereinafter referred to as JPM or the Company) through a competitive sale process (hereinafter – Transaction). Grant Thornton (hereinafter – Consultant), an international company, acts as UzAssets' consultant on the Transaction.

The company is located in the southeastern part of Jizzakh city at the intersection of railway junctions and road junctions. The production was put into operation in 1972 and in terms of production volume the enterprise ranked second among the four largest plants of the USSR similar in profile.

Until the early 2000s. The company was the only/main supplier of film and pipes for the agricultural and construction sectors of Uzbekistan, with the presence of also the production of consumer goods. The production and administrative facilities of the Company are located on an area of 12.5 hectares with a modern and extensive industrial infrastructure, which makes it possible to launch an additional range of products in the shortest possible time.

In accordance with the Presidential Decree PD-4707 of the Republic of Uzbekistan, dated 4 March, 2015 "On the Program of Measures to Ensure Structural Transformations, Modernization and Diversification of Production for 2015-2019", the enterprise has implemented projects "Organization of production of polyethylene film with a width of 3000 mm", "Organization of production of polyethylene pipes ND 50 ÷ 250 mm and ND 710 ÷ 1200 mm".

The main consumers are contractors under the Ministry of Housing and Communal Services, using polyethylene pipes of various diameters in construction, water supply and sewerage systems. In the production process of polyethylene pipes, for the most part, raw materials (polyethylene granules) are used, produced by the Shurtan and Ustyurt gas chemical plants.

"Scientific-research institute for standardization, certification and technical regulation" at the agency "Uzstandard" in 2017 issued certificates of conformity of management systems to standards ISO 9001: 2015 and OHSAS 18001: 2007, in recognition of the advanced level of management applied by the Company.

The Company's products are successfully sold both in Uzbekistan and for export to the neighboring states of Central Asia and Afghanistan. The company is actively investing in increasing the range of its products through the creation of joint ventures with specialized investors from Europe, the Middle East, the Russian Federation and Turkey.

The sale is organized as a competitive sale process open to all interested parties (hereinafter referred to as "Participants"). The process will consist of two stages.

Bidders, who are interested in the acquisition of JPM will be invited to submit their bids, including an Expression of Interest ("EOI") and information, required in the annex to this Announcement. Applications must be submitted to the following e-mail addresses: obidjan.azimbaev@uz.gt.com , nematulla.karimov@uz.gt.com and sh.saidniyozov@uz-assets.uz  no later than 20:00 Tashkent time on 20 December 2021.

The Consultant shall compare the completeness of the information submitted by the Bidders for compliance with the requirements set out in the Announcement. The Consultant and the Seller, at their discretion, may request additional information, of a clarifying nature, in the EOI application or its annexes.

On the basis of the EOI received, the Seller shall, determine the list of Bidders eligible to proceed to the next stage of the Transaction based on the Consultant's recommendation (Short-List). Bidders, admitted to the next stage of the sale process, will be notified personally of the results of the selection. Until the date of approval of this list, the Seller reserves the right to accept and consider any such EOI, at its sole discretion.

Participants admitted to the next stage of the Transaction will be asked to sign a Non-Disclosure Agreement (hereinafter - "NDA") within 3 working days of being sent to the investor's e-mail address specified in their application.

Participants admitted to this stage and who have signed the NDA will be given access to a virtual data room (hereinafter "VDR"), the opportunity to visit the Company, and to ask questions of the Company's management. Upon completion of the stage, Participants will be required to submit their binding offers ("Bids") written assurances of compliance with other requirements, if required by the Seller, as well as their comments on the draft Sale and Purchase Agreement, which can also be discussed at the negotiation stage.

After receiving binding offers, the Seller shall decide within two weeks to enter into further individual negotiations with one or more Bidders, together with the Consultant, to discuss specific aspects of their offers for the purpose of maximizing the value of the Transaction. There shall be no time limit to the negotiations.

The participant who has proposed the best combination of the price offer, and the agreed terms of the SPA during the negotiations will be declared the winner. The Seller will invite the winner to conclude the Transaction in accordance with the legislation of the Republic of Uzbekistan on securities.

Appendix to the Announcement.

To participate in the Transaction, the Applicant must submit the following documents when submitting an EOI:

and also attach to the Application (Expression of Interest) documents confirming:

This announcement, or any part of its contents, should not be construed as a form of commitment on the part of UzAssets, the Company, and Grant Thornton with respect to the sale of the Company, which could be inferred from the publication of this announcement. UzAssets and Grant Thornton reserve the right, in their sole discretion, at any time and in any respect, without assuming joint or several liabilities.

(i) make changes to the application deadline;

(ii) follow different procedures with respect to various interested parties, and/or negotiate with one or more potential purchasers within the schedule and procedure provided jointly by UzAssets, the Company, and Grant Thornton to the exclusion of any other potential purchaser(s) without prior notice;

(iii) terminate the sales process for any reason; and/or

(iv) terminate any discussions and negotiations with any potential buyer(s) with respect to the Transaction at any time and without giving a reason.

(v) for more information or clarifications about the process, please contact us by e-mail obidjan.azimbaev@uz.gt.com, nematulla.karimov@uz.gt.com and sh.saidniyozov@uz-assets.uz.