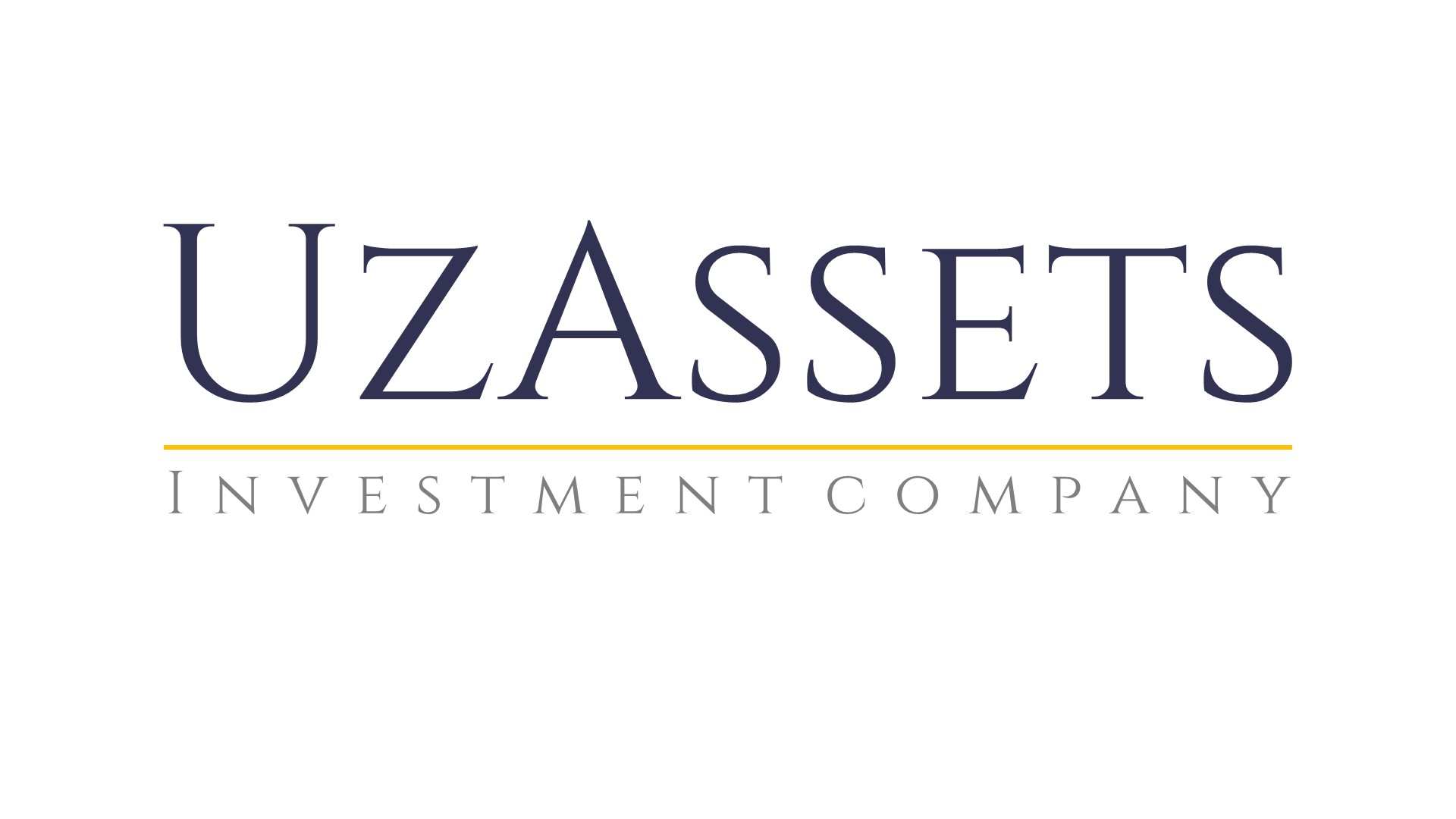 Thirty years of experience with privatization processes in countries transitioning from administratively governed to a market economy allows us to formulate several vital points, which seem to be forever included in thinking about an efficient, developing economy.

One of them is the conviction that it is necessary to limit the state's role in the economy and create conditions for the growth of the private sector's share in creating a gross domestic product. Of course, one of the methods of increasing the share and importance of the private sector in the economy is to launch the process of privatization (sale) to private investors of state enterprises.

There are several conditions that must be met for the privatization process to be carried out consistently and effectively, among which we believe the most important is the unequivocal statement that privatization is a necessary mechanism for reforming the economy of Uzbekistan and has the support of the President of the Republic and the government. We believe this condition has been completed.

Equally important is the privatization strategy, which we understand as a set of goals and privatization actions that the government wants to implement while also trying to answer questions:

- Why and why are we privatizing?

- Why is the privatization process essential for the development of Uzbekistan's economy?

- What benefits will it bring to citizens?

- Which sectors of the economy will remain state-owned?

Today there is no such document, but we believe that the strategy of management and reform of enterprises with state participation of the Republic of Uzbekistan for 2020-2025, developed by the State Assets Management Agency, is both a profound analysis of the drawbacks of the state sector of Uzbekistan's economy and a bold attempt to outline the directions of changes and ways of reforming enterprises with state participation.

Its approval by Decree of the President of the Republic would be a serious step, but it should be added that, above all, it provides tools for developing concrete actions that unfold over time and will require coherence and determination in implementation.

This is one of the reasons why we received with interest the information that the Cabinet of Ministers adopted the concept of a special joint-stock company engaged in preparation for privatization and privatization of certain state assets.

In every country, decision-makers face a dilemma: What should the public sector look like? And how should it be managed?

There is no universal formula for a perfect solution. Some countries have decided on full privatization, keeping the role of regulator and budget redistribution in the hands of the state. Another group tries to find a balance between the public and private sectors. Often these are hybrid solutions, consisting of the privatization of most state enterprises, while for the rest, essential for the country state companies, organizational structures are introduced that allow for effective economic activity through commercialization and various types of investment funds.

One of the conditions for the successful transformation of the economy is to free businesses from political influence on their business activities. Political elites' desires and decisions are not always accompanied by economic consideration and rational management of economic entities. After the Uzbek authorities' declarations to reduce the share of the public sector in the economy and strengthen the private sector, it is time to act. Moreover, that means providing professional activities in several areas: company asset management, state asset management, modern corporate governance. Uzbekistan needs to restore confidence in privatization, especially in the eyes of entrepreneurs in Uzbekistan and outside investors.

Every Head of State faces the question of how best to protect and utilize businesses called the "family silver" of the economy. Such companies are in every country and define its identity and security. As a solution, many countries have established sovereign funds in which they accumulate their "family silver. In addition to the business goal of multiplying the assets entrusted to them, there is also a goal related to the broadly understood national security and protection of future generations' interests. The fund is managed by professional managers. Most such funds try to minimize the direct influence of politics and government on the fund's decisions and operations. Mechanisms of public control over the fund's activities with the use of the institutions of supervisory bodies and the obligation to report publicly on the status and results of the fund's activities remain in place.

In the processes of economic transformation, short-term goals - the quick sale of low-profit enterprises - and long-term goals - creating value for certain assets with a national identity, such as the champions of Uzbekistan - are important.

The creation of the investment company UzAssets is a step in the right direction if we intend to transform it into a sovereign fund of Uzbekistan, which will actively manage the "family silver" of the country.

This is the beginning of the road to a new experience of management and privatization. To make no mistake, the scope of this endeavor must be properly selected and tested in action. UzAssets could be a pilot project for larger undertakings such as a sovereign wealth fund or private equity funds.

Let's start with the name of the company. It sounds respectable, and that is a responsibility. The company should become a showcase of Uzbekistan in the business environment, a source and example of good projects for potential investors. It should be associated with high-quality assets and professional management.

UzAssets is also an opportunity for the development and training of young managers. At first, in a relatively small company, it is necessary to master all modern methods of business management, restructuring, and the bailout of companies, working out a strategy and determining ways of their development - selling them to investors, creating joint ventures with investors, making these companies public by quoting on the Tashkent Stock Exchange. For these purposes, the knowledge and experience of many external companies and managers should be used.

UzAssets can become a good example for Uzbek companies on how to conduct their market activities in a competitive environment, use the opportunities of foreign markets, and, above all, focus on the company's economic performance and its development. This project's success will be determined not only by the competence of the managers who run the company but also by the quality of the portfolio and the quality of the managers of state-owned companies that are sent to UzAssets.

If the company's first goal is to privatize enterprises and obtain income from privatization above book value, then this "commodity" must be sold to the investor market. Suppose the "product" is unsaleable (a permanently unprofitable, low-scale business). In that case, the process of preparing the enterprise for privatization through a restructuring of assets, financial restructuring, changes in organizational structure, financing of modernization projects, or even liquidation of the enterprise for economic reasons is necessary. We strongly recommend not directing companies in a state of constant non-profitable assets to UzAssets.

UzAssets can and should have a good partner in the banking sector in the form of bank/banks that will act as partners in the project. This increases the chances of its economic success. We associate the chances of support for banks with the newly adopted strategy for reforming the banking sector. The tasks set for the banking sector will contribute to the reorientation of their activities from the financing of the public sector to active participation in the transformation of the economy and assistance to the private sector. We are convinced that the private sector will be the best customers of banks, which is the right way to improve the quality of their loan portfolio.

UzAssets activities should not be limited to the sale of companies from its portfolio, as it is a rather passive attitude. Over time, UzAssets should become an active participant in the market, participating in active acquisitions in the enterprise market, restructuring enterprises to increase their value, and preparing an attractive offer for potential buyers or even in development projects. It should pursue a conscious policy of allocating a portion of UzAssets to other business entities operating in the market.

In the development strategy of UzAssets to consider whether the company itself can become the object of a public offering on the Tashkent Stock Exchange. The company must have the right to attract capital from the financial market, the securities market to achieve its business goals. If after the first phase of the project the privatization of several companies is successful, it is worth considering developing this mechanism of privatization and management, entrusting it with the creation of further closed investment funds in various sectors of Uzbekistan's economy. This means reaching a higher management level and the market by creating a management company to manage investment funds. The project has undoubtedly significant development potential, a program can be developed if the owner considers it reasonable.

We have at least three scenarios at our disposal:

-Another increase in the authorized capital of UzAssets and contributions in the form of shares of subsequent state companies subject to privatization or requiring professional management, and eventually, the Company will be transformed into a sovereign fund of Uzbekistan.

-In developing the project, UzAssets can decide to create closed investment funds of non-public assets and with the help of an established or external management company to manage/privatize subsequent groups of public companies. These may be sectoral funds (companies from one sector) or vertical (companies closing the entire production cycle from raw materials to final products).

-After the first group sales mission is completed, the company is shut down.

We are firmly in favor of one of the first two scenarios. Some might say the guys are dreaming, thinking of copying Singapore's Temasek.

I would like to answer, of course with all proportions in mind, in the words of President Kennedy when he announced the "Apollo" program: